Wine is more than work for us…

Welcome to the Wine House ZENOTECA

The Republic of Užupis is famous not only for artists’ studios and galleries, but also for excellent restaurants or bars, cozy specialized sweets, cheese or wine shops. As many as two of the ten best Lithuanian restaurants – “Šturmų švyturys” and “Sweet Root” – are located in Užupis. We are also located in the Republic of Užupis – the Italian wine house ZENOTECA (Užupio str. 25., Vilnius). We like the saying, “Wine is a journey, not a destination”. That is why we invite you to travel together.

At the Zenoteca wine house, we sell (so far) exclusively Italian wine. Wine is transported from almost all regions of Italy, from northern to sunny Sicily. The Zenoteca team selects wines, personally knows and befriends the winemakers from whom the wine is purchased. Small, specialized, but well-recognized family farms are usually chosen. Some of them are members of the FIVI (Fedarazione Italiana Vignaioli Indedipendenti), which grows its own grapes, produces its own wines, bottles and matures its own wine houses, trades itself, guarantees quality and respects the region’s wine-making traditions.

Our winemakers value their name, do not compromise on quality and stand aside on the highway of “fast and cheap” consumption culture.

Zenoteca Winery has the best and largest selection of wines from the Sicilian, Veneto and Piedmont regions, fine wines from Sardinia, Lombardy, Tuscany, Friuli, Trentino-Alto Adige or the Lithuanian favorite Puglia region. If you want to taste the fast-growing red wine of Sicilian Etna Nerello Mascalese, praised by wine experts, please present even two of the best winemakers of Etna – Pietradolce and Graci – at the Zenoteca winery. Financial Times wine expert Jancis Robinson called the wines of Etna beautifully Mediterranean Burgundy and a sensation these days. The romantic film “Good Year” with Russell Crowe is very suitable for tasting the wine of the winemaker Albert Graci, because Albert, like the film’s hero, quit his job as a banker in Milan after his father’s death, returned to Sicily and took over the wine business.

We are the first to start transporting the little-known Schioppettino grape red wine from Northern Italy to Lithuania. It is now the most popular in our Zenoteca winery. We have a great selection of different Prosecco, including the famous BISOL Crede from Valdobbiadene, which was also appreciated by Queen Elizabeth II of England. During its 60th anniversary, BISOL Prosecco Crede was a major aperitif.

The Zenoteca winery also features excellent Chianti wines from the Paladin family of winemakers, founded, by the way, almost 1,000 years ago (1043) and one of the pioneers of the wine that makes Italy famous. Another well-known winemaker in the region is Lamole di Lamole.

Piedmont wines are represented by the legendary Borgogno, Parusso and others.

Each winemaker is a separate story that kind of confirms the saying that wine is a journey, not a destination.

Apparently, there are not many retail outlets in Vilnius whose interiors would be decorated with original works by famous painters. The work of the artist Vytautas Kasiulis at the Zenoteca winery is just the beginning of a trip around the world of wine. A fragment of this work is the mark of the Zenoteca winery. 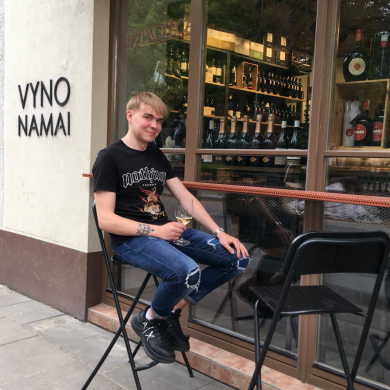 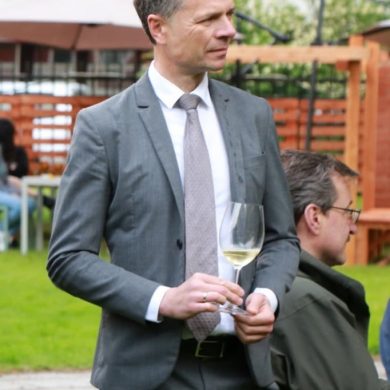 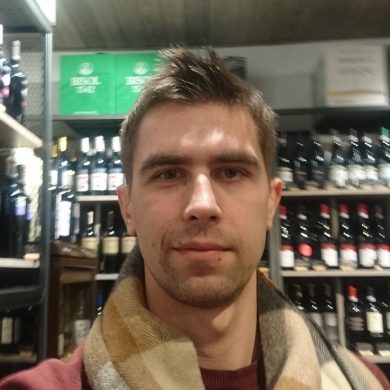 Zenoteca © 2021 All rights reserved. The solution